Have a question we didn’t cover? Contact us. We are happy to help. 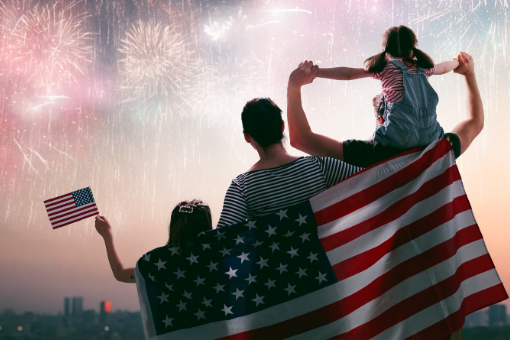 Navigating the complex framework of federal immigration laws and regulations in addition to Texas laws can be challenging and risky, particularly as deportation or separation from your loved ones is a real possibility.  We have compiled some frequently asked questions about the immigration process.

What is Family-Based Immigration?

Who is Eligible to Sponsor a Relative for Permanent Residency (or “Green Card”)?

A sponsor must be a U.S. citizen or U.S. permanent resident who is at least 18 years old and generally live within the United States or U.S. territory, with certain exceptions.

What Obligations Do Sponsors Have?

Which Relatives May I Sponsor as a U.S. Citizen?

As a U.S. citizen, you may petition for your:

Which Relatives May I Sponsor as a Permanent Resident?

As a U.S. Permanent Resident (or “Green Card” holder), you may petition for your:

What is a Fiancé(e) Visa?

Otherwise known as a “K-1” visa, a fiancé(e) visa enables a foreign citizen to enter the United States to marry a U.S. citizen. READ MORE >>

What is a Conditional Green Card?

May a U.S. Citizen Child Petition For Parents to Obtain Permanent Residency?

A U.S. citizen child may only petition for permanent residency for his or her parents upon reaching his or her 21st birthday.

How Does the Permanent Residency Process Begin for My Spouse Who is Outside of the U.S.?

A petition is filed with U.S. Citizenship and Immigration Services (USCIS), requesting that USCIS notify a U.S. Consulate in the country where your spouse lives. READ MORE >>

How Do I Find Out When Visas Become Available?

Publicly available at the Bureau of Consular Affairs of the U.S. Department of State, current and upcoming visa bulletins reflect visa availability for applicants waiting to file for employment-based or family-sponsored preference adjustment of status.

Can My Foreign Relative Attend Public School in the U.S.?

There are limitations and requirements under U.S. law related to foreign students in F-1 status attending public secondary or high schools (grades nine through twelve):

How Do I Become a U.S. Citizen?

U.S. citizenship may be acquired by birth, through naturalization, or military service:

What is the H1B Visa to Permanent Residency (or “Green Card”) Process?

One of the most popular work visas in the U.S., the H1B visa is a dual-intent visa with a duration of stay up to 6 years (initial duration of stay of 3 years with an extension) with certain exceptions. READ MORE >>

What is the Deportation or Removal Process?

“Deportation” is the formal removal of a foreign national from the United States for immigration law violation. READ MORE >>

What is Unlawful Presence and Bars to Admissibility?

Unlawful presence is the period of time when a foreign national is in the United States without being lawfully admitted or paroled or not in a period of stay authorized by the Secretary of Homeland Security. READ MORE >>

What is Special Immigrant Juvenile Status?

“Special Immigrant Juvenile Status” is an immigration classification available to certain undocumented immigrants under the age of 21 who are in the United States and who have been neglected, abused, or abandoned by one or both parents; this classification allows the foreign national child to seek lawful permanent residence in the United States (otherwise known as “Green Card”). READ MORE >>

What are Some of My Rights as an Immigrant?

You have the right to remain silent though some states may require you to provide your name if asked to identify yourself by a law enforcement officer. READ MORE >>

Looking for an Immigration Attorney?

With over 17+ years of experience, we are more than happy to talk to you about your immigration situation.

Learn How the Liu Law Firm May Help You

Get In Touch With Us

Submission of this form confirms your acknowledgment and understanding that no attorney-client relationship with our firm has been created.